“The Blue Circus . . . has a sure-footed and clear-eyed sense of this city and its unusual ways and power structures. With snappy dialog and compelling characters, it is part family saga and part mystery and wholly satisfying." --Rick Kogan, Chicago Tribune

"If you want to really get to know the unique characters of a unique city—read THE BLUE CIRCUS. It’s based on the real Chicago that only a former city worker like Dennis Foley understands." --Bob Sirott, Chicago broadcast legend

"Chicagoese is such a great language and in THE BLUE CIRCUS, Dennis Foley, a native Southsider, brings that language, the city itself, and its rambunctious characters to life. Neighborhood streets, dive bars, and shady city deals waltz across the page, spread out like a deck of cards. But Foley hold some of the cards back and delivers them in a timely fashion, causing the reader to shake his head and marvel. This is a wonderful story about the City that Works, or doesn't work, and a family trying to push forward to survive, as only an insider can tell."
​--Reviewer's Bookwatch

"[We Speak CHICAGOESE] is like a talented chorus that sings the song of Chicago in words."     --Rick Kogan, WGN Radio 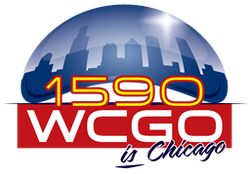 ​"We Speak Chicagoese . . . is a must for any lover of this city who also loves good writing. Funny, touching, timely and just some damn fine artists in these pages.      --Daniel French, of "French and Friends," ​WCGO Radio 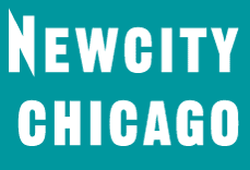 "The authors [in We Speak CHICAGOESE] take us from Foster Beach to Englewood, from Edgewater to Marquette Park, from the Loop to Humboldt Park, and the diction and perspective shifts along the way."   --Toni Nealie, Newcity

“Fascinating read. An ordinary kid telling an ordinary story in an extraordinary way.” --John R. Powers, author of Do Black Patent Leather Shoes Really Reflect Up? , The Last Catholic in America, and The Unoriginal Sinner and the Ice Cream god

Southwest News-Herald
“The Drunkard’s Son . . . is full of both funny and sad memories of growing up in a big family on the Southwest Side of Chicago in the 1960s. . . . With the release of his second book, Foley is becoming quite an accomplished author" .--Dermot Connolly, Southwest News Herald, May 18, 2012

"The Dunkard’s Son features 40 vignettes of life on Chicago’s South Side in the 1960s and 1970s, where Foley, 51, a gifted storyteller, grew up with two brothers and three sisters in a succession of second-floor apartments."       --Lorraine Swanson, Oak Lawn Patch, July 20, 2012
RADIO INTERVIEWS and ENDORSEMENTS